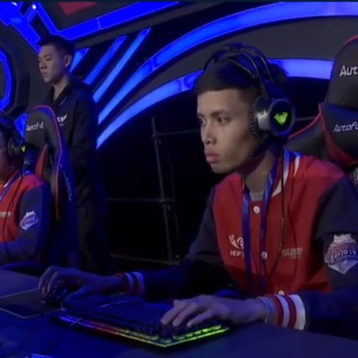 Not talkative but at least he got the job done fairly quickly.

Did a very good job, was very fast and helpful

Gold II
Platinum IV
hace 10 meses
Thanks thanks my friend!
Reseña Destacada NavoriSwiftblade Revisión verificada
Hello! Thanks for feedback, we're working on it ;)

Gotta admit my acc was pretty doomed , but thanks to this guy its all fixed . He wasnt talking much , but he completed the order within a week . Spectated his matches , and i gotta say he was absolute beast ADC . I give 4 stars , cuz i actually expected to be more talkative and explain to me what he was doing .

Gold IV
Platinum IV
hace 10 meses
Hello! Thanks for feedback, we're working on it ;)
Reseña Destacada Floofish Revisión verificada
We will consider the reasons why the booster has not chosen the champions you pick.

Completed it quite quickly, had some rough games (actually demoted) early on. But quickly recovered and had wonderful scores. My only wish is that they’d play champions that I selected/roles. But over all it was pretty good! Thank you so much!

Platinum II
Diamond IV
hace 11 meses
We will consider the reasons why the booster has not chosen the champions you pick.
A todas las revisiones