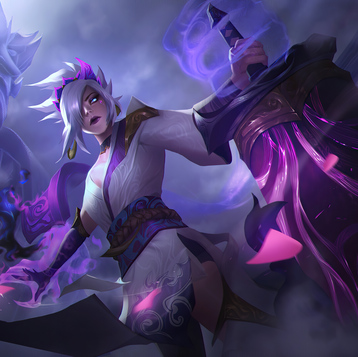 Yo, I'm a Swedish booster with a good attitude and I love winning and improving, I'll do whatever I can to get the best possible winrate while we play and I'm open to whatever and love new learning experiences, I hope I can boost you to your desired rank!

Reseña Destacada QliQli Revisión verificada
Thanks mate, working for ya!

Loocaah played well, completed within a good amount of time, communicated well, and conveniently played one of my main champs top notch, cheapest i can find out of all boosts that didnt seem sketchy

Loocaah is a really nice person, he carried hard and always tried his best on the rift. He also gives tips while we are playing, always being positive in game!

pretty high win rate ... almost carry every game but sometimes teammates are trolling and lost the game. Pretty chill dude. Would come back next time if needed

Fantastic games, really nice and super enjoyable to play with. We had a few rough games but it felt like I was playing with a friend!

Amazing player got it done quickly and efficiently.